Temple calender is not found

Pandit Shri Satyanarayana Sastry ji has served many Indo-American communities in the states of Georgia, Arizona, California, Utah, Tennessee, Kentucky, West Virginia, New York and Ohio, and has worked as a priest for over 40 years. Sastriji is fluent in Telugu, Kannada, Tamil, Hindi and English and is knowledgeable in all South and North Indian religious rituals.

Pandit Shri Satyanarayana Sastry ji has over 45 years experience as traditional Hindu Priest, for all occasions 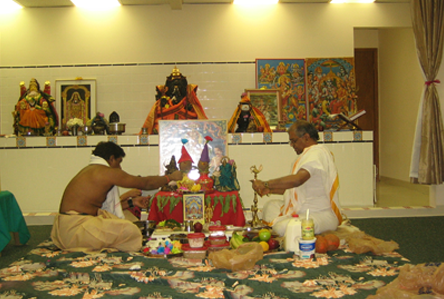